Please join us for the 10th and FINAL installment of the SEAS Summer Concert Series.

All are welcome and admission is FREE.

The program will be presented by the Mansfield Philharmonic. 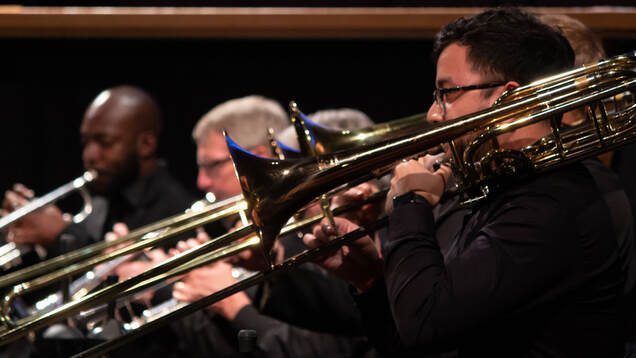 The Orchestra
Mission Statement
The Mansfield Philharmonic was founded on the principles of providing accessible and quality musical engagement for all ages whilst promoting the cultural arts through communal outreach and education. ​

History
Originally founded as the Next Gen Chamber Players by three college friends and fellow musicians in May 2017, the Mansfield Philharmonic serves as the first performing orchestra in the city of Mansfield. Upon learning about the strings program in the Mansfield Independent School District starting later that fall, the founders decided the new orchestra students would greatly benefit from having a performing ensemble in their neighborhood! The first (of many) hurdles was to first find adequate rehearsal facilities and concert venue. ​
After reaching out to several organizations within the city, MansPhil had a breakthrough when the gracious members of First United Methodist Church in Mansfield offered their facilities for rehearsals and concerts. In addition, board members of the Mansfield Commission for the Arts offered their full support and invited the Mansfield Philharmonic to headline at the historic Farr Best Theater for the first concert event in June 2017! These incredible partnerships helped MansPhil officially become a part of the Mansfield community and begin our mission to educate and engage.
The 2017-2018 inaugural season was received with tremendous support by the Mansfield community. Our first performance held at First Methodist Mansfield included a collaboration with the Mansfield Commission of the Arts and string educators from Mansfield ISD. In addition, we premiered several works with then-resident composer Kevin Day, whom often guest conducted. Later in the season, members of the ensemble toured the Mansfield ISD intermediate schools and performed for the beginner string students in a mission to build relationships with the young musicians. The season concluded with the electric performance of Gershwin's “Rhapsody in Blue” with special guest Dr. Eldred Marshall soloing on piano. Dr. Marshall would further lend his musical talents by taking over conducting responsibilities with the newly named Mansfield Philharmonic beginning in the 2018-2019 season! 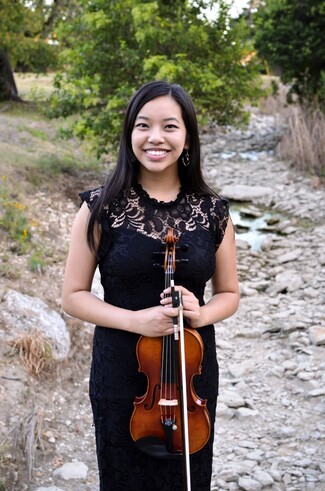 Thao Pham is a violinist/violist with 13+ years of musical experience. While obtaining her culinary arts degree at Tarrant County College, she joined the TCC Southeast Orchestra. This led to her involvement in several more ensembles: Northeast Orchestra, Texas Chamber Music Project, and Keene Camerata.
​In addition to performing in various summer musicals, Thao has performed as a featured soloist in numerous concerts and teaches privately for piano and strings. She also teaches masterclasses for the middle school orchestra members in the Mansfield School District. She won the Arlington Arts League scholarship twice with performances on both violin and viola in 2016 and 2017. Thao is continuing her education in music performance and studies violin with Ivo Ivanov of the Fort Worth Symphony Orchestra. In May 2017, Thao was a founding member of the Mansfield Philharmonic where she currently serves as concertmaster and president. 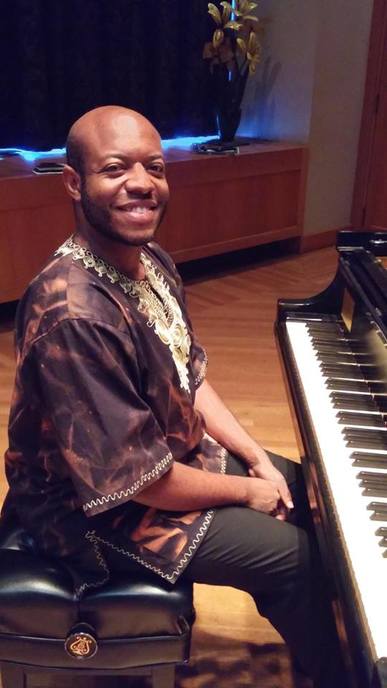 Eldred Marshall began studying the piano at age six and played in public by age seven. His prodigious and inquisitive mind allowed him to master large swaths of the piano repertoire quickly as well as consistently win top prizes at the competitions he entered as a child. By 16, he debuted with orchestra, playing Brahms’s Second Piano Concerto with the Victor Valley Symphony Orchestra. Before entering into Yale University, where he graduated with honors with a B.A. in Political Science, he had already performed all over the United States.

The critically-acclaimed pianist has performed internationally: Spain, Italy, the Republic of San Marino, Belgium, Germany, Romania, Bulgaria, the Ukraine and the People’s Republic of China. He has performed the entire cycle of 32 Beethoven Piano Sonatas in public, from memory, as a concentrated series, twice: once in Portland in 2007 and in San Francisco in 2008. He followed that project with a full West Coast (US) tour of Bach’s Goldberg Variations in 2008 and 2009. In 2016-2017, Marshall toured the US and made his Chinese debut with the Goldberg Variations. In 2018, repeated the tour, of both the US S and China, with Bach’s complete Well-Tempered Clavier, Book 1 – performed from memory. Upcoming recitals include debut appearances in Canada, Mexico, and Costa Rica. To celebrate Beethoven’s 250th Birthday in 2020, he will perform the cycle of 5 Beethoven piano concertos, the Choral Fantasy, and the cycle of 32 Beethoven Piano Sonatas. Conductors with whom he has collaborated include K. C. Manji, Carlo Ponti, Beau Benson, Greg Grabowski, Kevin Torrefiel, Felix Torres, Michelle Merrill, Jonathan Moore, Jessica Morel and Daniel Wiley.

As an orchestral conductor, Marshall has led several international ensembles: The Ukrainian State Academic Orchestra (Kiev, Ukraine), the Kharkov Youth Symphony (Kharkov, Ukraine), the Pleven Philharmonic Orchestra (Pleven, Bulgaria), the Vidin Philharmonic Orchestra (Vidin, Bulgaria), the Filharmonica Oltenia di Craiova (Craiova, Romania), and the Constanta “Black Sea” Philharmonic Orchestra (Constanta, Romania). In the United States, he has worked as the conductor for the Riverside (CA) Opera Institute’s Children’s Opera Division, and has served as assistant conductor of the Meadows Symphony Orchestra at Southern Methodist University (SMU) and the Opera dell’arte Ensemble (NYC). He has collaborated with the University of North Texas (UNT) Symphony Orchestra. Currently, he is the Artistic Director/Conductor of the Mansfield Philharmonic, in Mansfield, TX.

In addition to his activities as a concert pianist and orchestra conductor, Marshall is the Artist-in-Residence and Associate Director of Music at First United Methodist Church in Garland, TX, where he is the founder and curator of the West Avenue B Community Concert Series. Further, Marshall is the Music Director/Conductor of the Music Ministry Conservatory Choir.

Marshall earned his Doctor of Musical Arts in Piano Performance degree from UNT in 2018. Additionally, he earned three Master of Music degrees from SMU: piano (2011), organ (2012) and orchestral conducting (2013). Institutions at which he has taught include UNT, SMU, and North Texas Central College. His doctoral dissertation topic was on the art of conducting piano concerti from the piano – performance practice, discipline, and whether or not it is “real conducting.”